"For this reason I bow my knees before the Father, from whom every family in heaven and on earth is named, that according to the riches of his glory he may grant you to be strengthened with power through his Spirit in your inner being, so that Christ may dwell in your hearts through faith—that you, being ROOTED and grounded in LOVE, may have strength to comprehend with all the saints what is the breadth and length and height and depth, and to know the LOVE of Christ that surpasses knowledge, that you may be filled with all the fullness of God. Now to him who is able to do far more abundantly than all that we ask or think, according to the power at work within us, to him be glory in the church and in Christ Jesus throughout all generations, forever and ever. Amen."

"Now may He who supplies seed to the sower, and bread for food, supply and multiply the seed you havesown and increase the fruits of your righteousness, while you are enriched in everything for all liberality, which causes thanksgiving through us to God. For the administration of this service not only supplies the needs of the saints, but also is abounding through many thanksgivings to God, while, through the proof of this ministry, they glorify God for the obedience of your confession to the gospel of Christ, and for your liberal sharing with them and all men, and by their prayer for you, who long for you because of the exceeding grace of God in you. Thanks be to God for His indescribable gift!"
~2 Corinthians 9:10-15

SURPRISE FROM GLENY & LUIS
for our trip home to the states 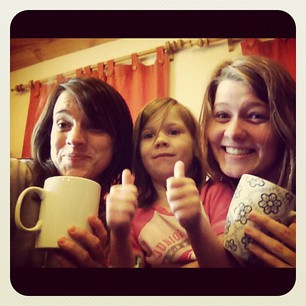 ART IN THE PLAZA

VISITING WITH NICOLE & HER MOM 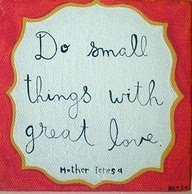 SOME OF OUR FAVORITE MEMORIES

HOW OUR JOURNEY BEGAN...

We want to thank you all for your prayers, love, and support! Thank you for visiting our blog and following this faith journey with us as we live in Peru. About five years ago, we began to recognize a blind spot in our lives - an area of disobedience to our Lord Jesus Christ. Like many of us, we were living the American Dream. A life that had become more about having everything bigger and trying to succeed in acquiring more "STUFF". When it was convenient or if life threw us a curveball, we would pull God out of a "box" and ask Him to help us. All the "stuff" got in the way of seeing the TRUTH. Looking back- we found ourselves living for this world and not for God. We had many excuses like...God, I'll do it later when this gets done, or after that promotion, or when the kids get done with school. We had to ask ourselves one question- did we really LOVE God? God had finally brought us to a place of confession before Him and before our family.

God started to reveal to us what His plan was for our lives. After a trip to Cuba and two more trips to Peru we felt God calling us to missions, specifically to where it all started, Cajamarca, Peru. We are so thankful that God continues to answer prayers and open many doors for discipleship and evangelism for our family as we serve with our Peruvian brothers and sisters in sharing the love of Jesus Christ. Please pray that God will continue to direct our paths and give us strength and courage. Pray that God will use our lives in a manner that will bring glory to Him and that our family will be faithful and obedient to God’s calling on our lives. To God be the Glory Forever and Ever, Amen.

“Be strong! Be courageous! Do not be afraid of them! For the Lord your God will be with you. He will neither fail you nor forsake you.” - Deuteronomy 31:6